“All the women in me are tired.”

For some reason it has been a tiring week.  Not only did I have a lot on my plate, but it feels like family, work, relationships, politics, friends, and social obligations have all somehow been involved.  I contain multitudes, and all of us are tired this week!  I am looking forward to sleeping in tomorrow, and to an afternoon nap with my pups.  Wishing you a restorative weekend as well! 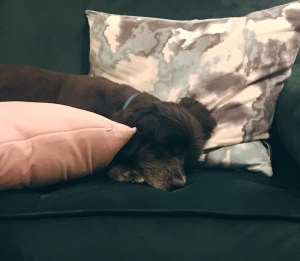 “Perhaps travel cannot prevent bigotry, but by demonstrating that all peoples cry, laugh, eat, worry, and die, it can introduce the idea that if we try and understand each other, we may even become friends.”

I’ve got an intense case of wanderlust.  Photos of faraway places have me itching to plan a trip somewhere — Portugal, Cambodia, Seattle, Uruguay, Kenya, Vancouver!  Somewhere new I can discover!  I also got to see a few people that are very dear to me this week, leaving me with a deep appreciation for some of my closest friends.  Somehow my general concern for the state of the world combined with my feelings this week are encompassed in this wise quote by Maya Angelou.  Happy Friday, friends! 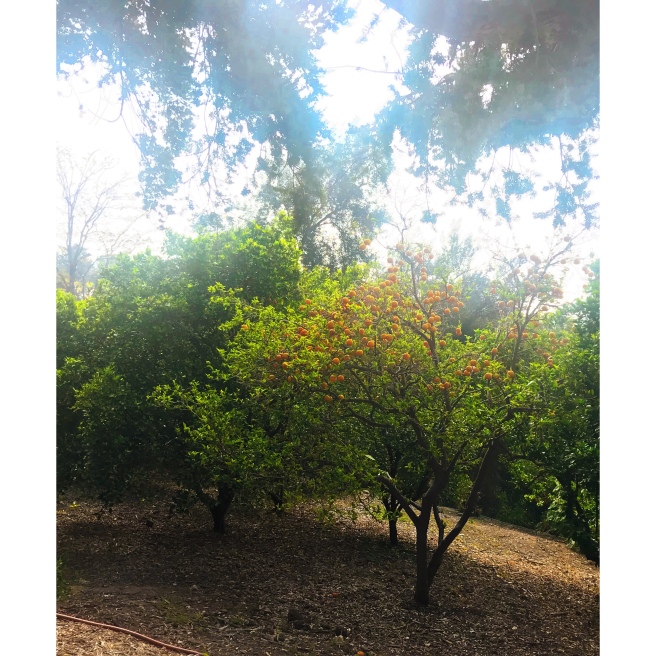 “This is the first time the girl becomes aware that the world requires something other than what she is.”

–Lesley Nneka Arimah, What It Means When a Man Falls From the Sky: Stories

This Friday I am thinking about expectations, and about balance.  The world might expect something different than what we are or what we want, but that doesn’t mean we are obligated to give in to that expectation.  Find your bliss, find your fulcrum, and don’t let the world upset the balance you find. 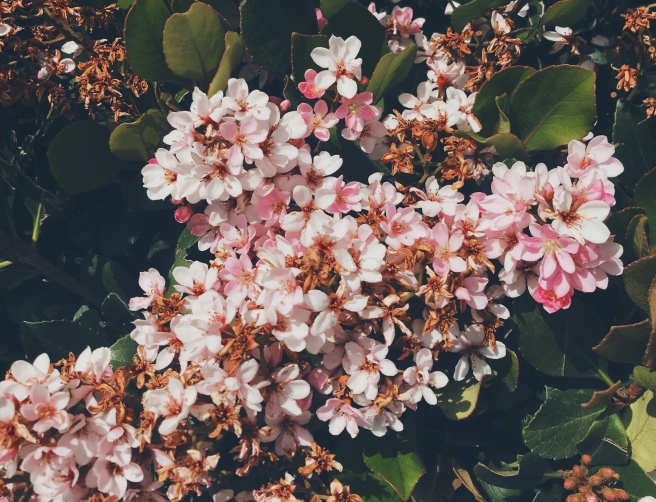 “Therefore, dear Sir, love your solitude and try to sing out with the pain it causes you. For those who are near you are far away… and this shows that the space around you is beginning to grow vast…. be happy about your growth, in which of course you can’t take anyone with you, and be gentle with those who stay behind; be confident and calm in front of them and don’t torment them with your doubts and don’t frighten them with your faith or joy, which they wouldn’t be able to comprehend. Seek out some simple and true feeling of what you have in common with them, which doesn’t necessarily have to alter when you yourself change again and again; when you see them, love life in a form that is not your own and be indulgent toward those who are growing old, who are afraid of the aloneness that you trust…. and don’t expect any understanding; but believe in a love that is being stored up for you like an inheritance, and have faith that in this love there is a strength and a blessing so large that you can travel as far as you wish without having to step outside it.”

I read Rilke’s Letters years ago and felt such a resonance in my young spirit.  I’m feeling a bit off-kilter as many things are in flux at the moment — perhaps it is a good time to return to those encouraging words I found so dear.  Wishing you confidence and calm as the week comes to a close, and happy Friday!

Yesterday on Cup of Jo, the fantastic Caroline Donofrio wrote about a five-word quote that she said changed her life: “Cool is an emotional straightjacket.”

Whoa.  Whoa.  That really got me thinking.  It really is.  How often do we censor ourselves for fear of what other people will think about us?  Maybe it is reining in enthusiasm about an interest that isn’t “cool enough,” or swallowing a sentiment because we feel obligated to “play it cool.”  Maybe it is putting down other women to seem like the “cool girl.”  Or maybe it is putting that favorite sweater/jacket/scarf/hat/whatever back in the closet with a sigh, wishing it were still “cool.”

The prospect of living my life in an invisible straightjacket seems terribly sad.  We are bombarded by admonitions to just “be yourself,” to “live authentically.”  But what does this mean?  I like to think I am forging my own path.  But when I get dressed in the morning, when I chime into a conversation, when I choose the restaurant for a group night out?  I’d be lying if I said I didn’t want the approval of others.

Perhaps this is a part of that ever-elusive self-care: to truly allow ourselves to be.  Be unique, be freer with our affections, be engrossed by the things that make us smile, be supportive of our fellow women without fear of not being “cool enough,” be unencumbered by what we think is expected of us in a million tiny ways.  Of course, this is an enormously difficult task.  But by recognizing this propensity for what it is rather than move invisibly constricted through our days , we can make an important first step.  Recognize that second-guessing, recognize the holding back, and act accordingly.

Caroline closes with his gem: “After all, the opposite of cool… is warm. Doesn’t that sound nice?”  It does, Caroline.  It really does. 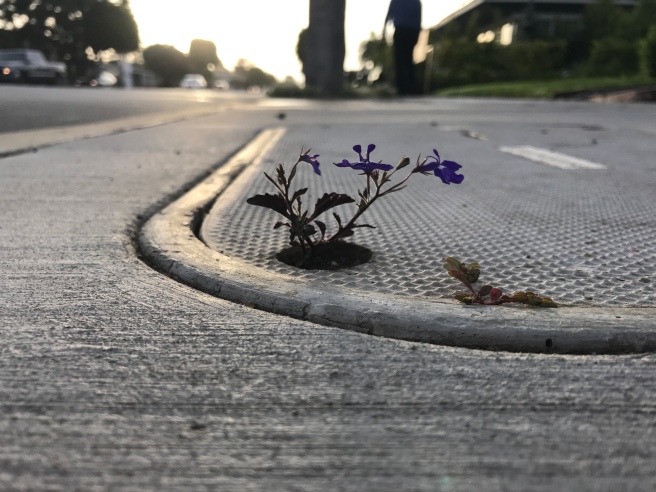 “Because it’s true: more than the highlights, the bright events, it was in the small and the daily where she’d found life.”

I took this photo while walking my dogs one morning, utterly struck by these tiny perfect flowers in the most unexpected place.  They were an excellent reminder that beauty doesn’t always come with fanfare — sometimes it is the smallest little detail of a daily routine that can make us smile the most.

“Twenty years was yesterday, and yesterday was just earlier this morning, and morning seemed light-years away.”

-André Aciman, Call Me By Your Name

Time is such a fickle, fluid thing.  We swim through it daily, but understand it so little.  Some hours drag, while days can flash by in what feels like an instant.  I’m not sure there is anything we immerse ourselves in so completely that we experience in such varied and mysterious ways, except for maybe love. 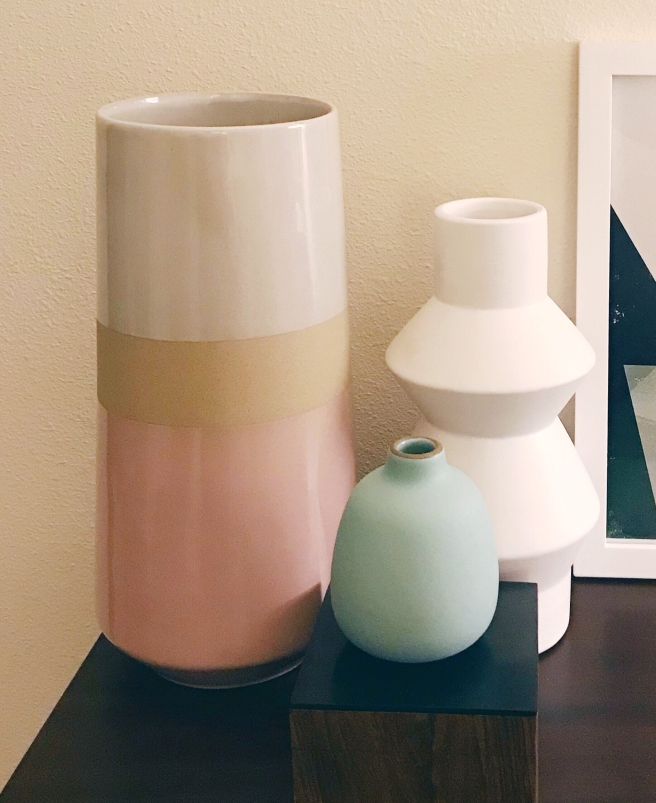 “Little things seem nothing, but they give peace, like those meadow flowers which individually seem odorless but all together perfume the air.”

Today this little trio of vases in our entry is making me smile.  Sometimes it really is the little things.

I’m wishing I were somewhere else today.  It is one of those days where you wish things could be different, but you aren’t sure how or why, and you have no idea how to get there.  Perhaps it is our human craving for stability juxtaposed with the ever-changing nature of the universe that has me aching.  Or maybe it is just the middling-ness of it being Wednesday.  Some days are for blazing trails, but today I am just quietly walking my pathway, wishing it would take me somewhere.  Somewhere else.

“In general, literature is a natural adversary of totalitarianism. Tyrannical governments all view literature in the same way: as their enemy.”

I have been getting bogged down in the never-ending slog of bad news — conflict, stupidity, bias, hate, tension, sexism, violence.  This quote was a great reminder that even on days when I don’t have the energy to do much, I can at least keep reading and keep thinking.